On June 10 and 11, the Hispanic Arts Society presents the 1st theatre festival in Spanish: Teatro Festival as a celebration of its 35th anniversary.

The season of “Por Los que Tuvieron que Partir (For Those Who Had to Leave)”, five micro-works in Spanish that tell the drama of millions of migrants and refugees worldwide.

“For Those Who Had to Leave” is the brainchild of Igor Olsen, who is also the General Director and visits us from Lima.

We offer two micro-theatre functions, with

works written, produced, directed and performed by professionals in the scenic arts from 7 different countries. He is accompanied in the co-direction by Vicky Velasco.

“For those who had to leave” has the valuable support of the Canada Council for the Arts. 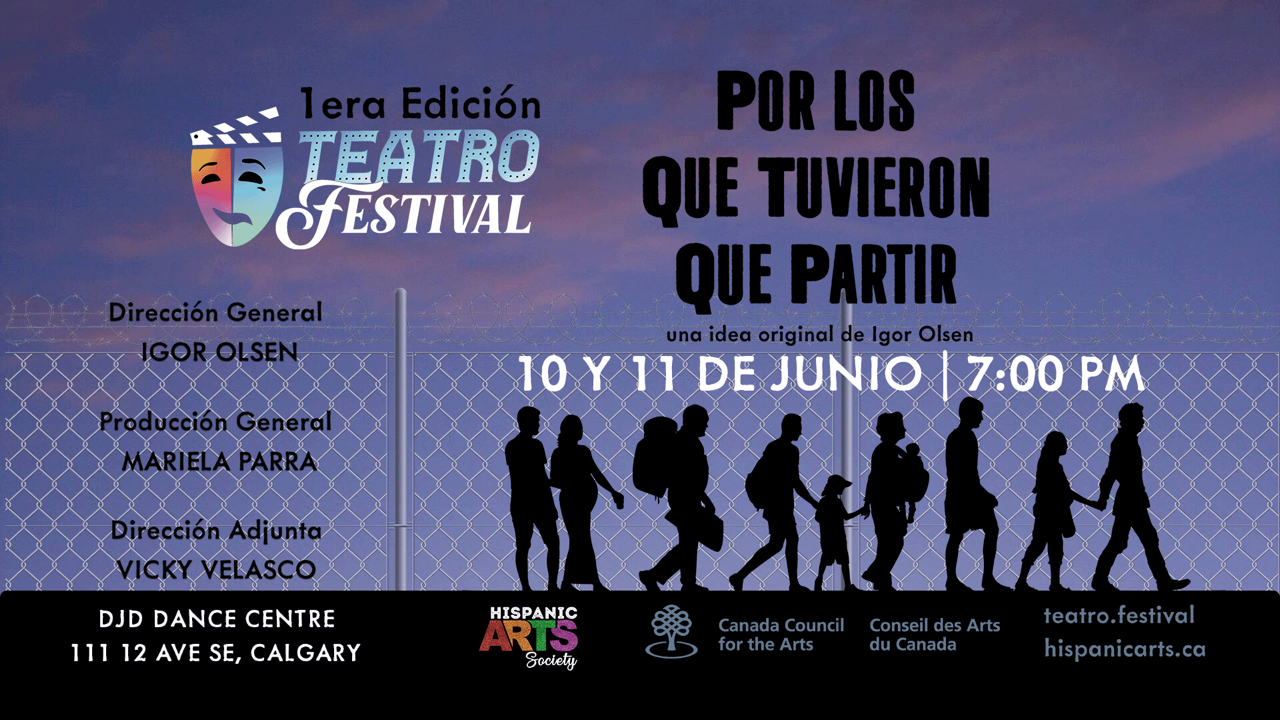 The DJD Dance Centre parkade offers FREE underground parking Monday to Friday after 5PM and on Saturdays and Sundays. The parkade is free to valid ticket holders and students. Please note a code is needed to enter the parkade. (you will receive a code for the parkade 24 hours before the performance you are attending or with your class purchase). You can access the DJD parkade off Centre Street (at the back of the Kahanoff Centre).

Please note:  There is a 6 foot maximum height restriction for our underground parking.