We had the chance to ask Brad McIntosh, creator and lead singer for the Penguins on Broadway, about some of his favourite things about performing at the Black & White Ball over the years.

A Note from Brad:

“I have attached a pic that I love entitled the ‘The Quiet before the Storm’. There is something special being alone in the iconic Crystal Ball Room just a few hours before show time. Going to have some fun again this year. ”

Q. What is your favourite Black & White Ball Memory?

A: So many great memories but I think what stands out to me is simply the energy of the event. People just let it all hang out at the ball. I will say that’s it’s pretty awesome to have the vantage point that I have on stage and to people watch. So many smiles. It truly is a special gig.  Of all the shows the Penguins have played since we formed in 1985 there really isn’t a gig that is more anticipated by us or can come close the matching the event.

Q: Your favourite song to perform at the Ball?

A: Gotta be Jump Jive and Wail as you guys rip it up on the dance floor.  Awesomeness.

Q: Tell us about your band dynamic.

A: It really is quite the story and I hope that one day to chronical the history of the band that really started as a bunch of guys that really didn’t have much of a clue about Big Band music.  We simply started the band because we love the music and the energy of the era.  It’s interesting how things have come full circle and that we have a lot of the original members of the band performing together.  We truly are a family although that probably sounds cliché.

A: Black White and Green. Good one. You guys just do such an awesome job at every party.

Had a great time getting an inside scoop from Brad, we’re certainly hyped to hear some more Penguins magic at this year’s Black & White Ball! 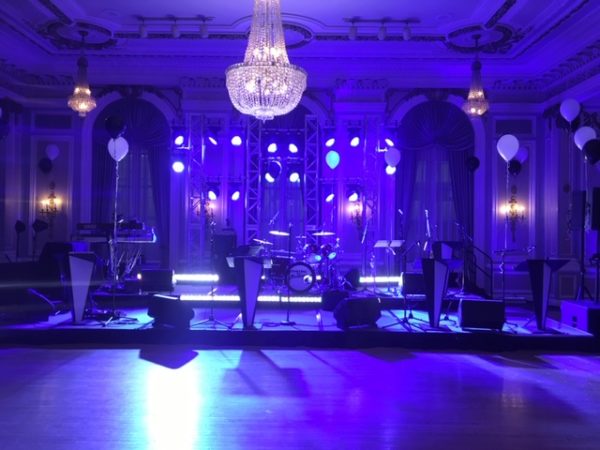